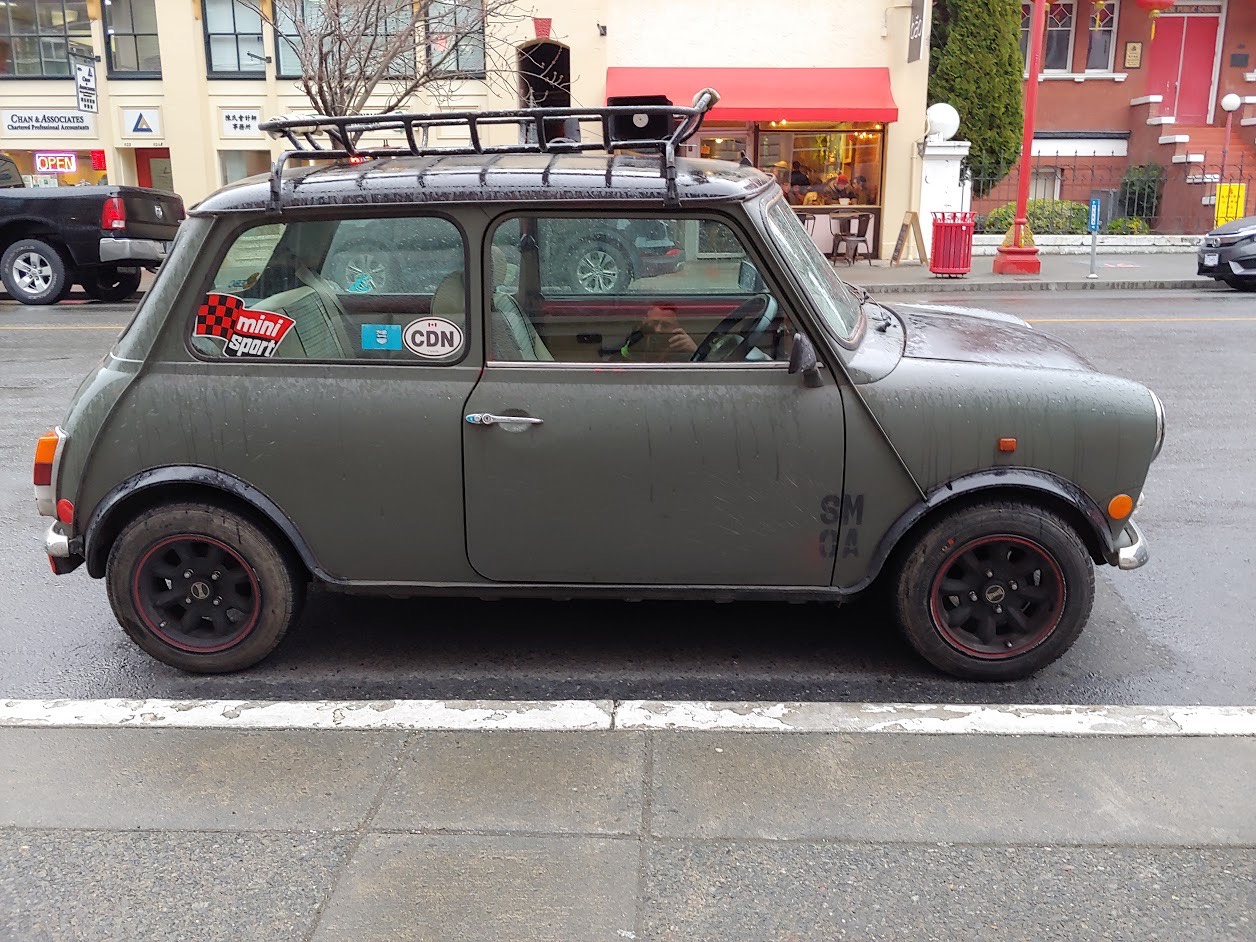 I simply think The original Mini Cooper is one of the coolest cars ever built. Like EVER!

That’s why I was so pumped when I ended up going by it on my way home. The owner was having dinner across the street and saw me take a picture. I waved at him and after a few awkward hand signals I figured out it was his.

Of Course, I had to go talk to him. The owner’s name is ( I hope I am spelling that correctly). He has owned this beauty for six years.

Not much for needs to be said. It’s just cool.

Here are some fun facts about Mini Cooper.

The original Mini was a line of British small cars manufactured by the British Motor Corporation, and its successors. Their models included the Morris Mini-Minor and the Austin Seven, the Countryman, Moke, 1275GT and Clubman.[6] Performance versions of these models used the name Cooper, due to a partnership with racing legend John Cooper. The original two-door Mini continued in production until 2000. Development of a successor began in 1995 and the new generation car was launched in 2001. The current Mini range includes the Hardtop/Hatch/Convertible (three-door hatchback), Clubman (estate), Countryman (five-door crossover), Coupe/Roadster and Paceman (three-door crossover based on the Countryman).

This website uses cookies to improve your experience while you navigate through the website. Out of these, the cookies that are categorized as necessary are stored on your browser as they are essential for the working of basic functionalities of the website. We also use third-party cookies that help us analyze and understand how you use this website. These cookies will be stored in your browser only with your consent. You also have the option to opt-out of these cookies. But opting out of some of these cookies may affect your browsing experience.
Necessary Always Enabled

Any cookies that may not be particularly necessary for the website to function and is used specifically to collect user personal data via analytics, ads, other embedded contents are termed as non-necessary cookies. It is mandatory to procure user consent prior to running these cookies on your website.